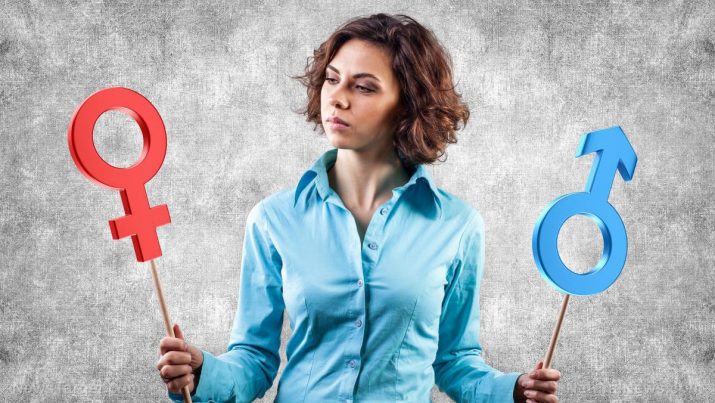 The first known college to do so, the City University of New York (CUNY) – Guttmana, located in New York City, recently distributed and has been actively propagating a “Gender Identity and Pronouns” manifesto that instructs students and faculty on how to further bastardize the English language by replacing its traditional gender pronouns with completely made-up ones that reflect a litany of modern-day “gender identities.”

The official school-sanctioned document openly declares that individuals “choose their own gender identities,” meaning they’re no longer assigned based on biological sex. Consequently, it’s now the responsibility of every normal person in the world to probe which ones are “appropriate” to use when addressing others who choose to be gender “neutral,” or who “reject the gender binary.”

According to PJ Media, which spoke with the school about the situation, students at CUNY – Guttman are being encouraged to ask every person they meet which pronouns they prefer. Included as gender pronoun options are strange, non-words like “zim,” “ver,” and “emself,” as well as “ter,” “tem,” and “eirs.”

“If you have this privilege yet fail to respect someone else’s gender identity, it is not only disrespectful and hurtful but also oppressive,” the manifesto adds.

While this gender pronoun insanity has been around for several years now, what’s taking place at CUNY – Guttman represents the first time that a school is actively forcing it upon students and faculty members.

While other schools like Bryn Mawr College and Kennesaw State University have similar gender pronoun guides available on their websites, none of them, as far as we know, are actively circulating and integrating them into their campus cultures.

But things are different at CUNY – Guttman, where faculty members like Bruce Lyons, a school spokesman, believes that forcing people to use made-up gender pronouns is an appropriate way for everyone to show respect to the LGBTQ+ community.

“Pronoun usage is a basic way to respect one’s identity,” he reportedly told PJ Media, adding that students “can opt into one of the trainings that are held throughout the year that do discuss the importance of correct pronoun usage, and other important information, to support oneself becoming a better ally and support to members of the LGBTQ community.”

But there isn’t even a set standard for which gender pronouns are “acceptable,” and which one’s aren’t, because they seem to change with the wind, as new ones seem to pop up on the regular. At Bryn Mawr, for instance, the gender pronouns guide contains words like “co” and “kit” that aren’t included in CUNY – Guttman’s guide.

It’s enough to make even normal people go completely mad trying to figure it all out, and yet this is precisely what seems to constitute “higher education” in America today.

To keep up with the latest news on this front, visit CampusInsanity.com.