Liberals destroy all MERIT: Will the NFL, NBA, NHL and MLB now halt all tryouts and let anyone join their teams? 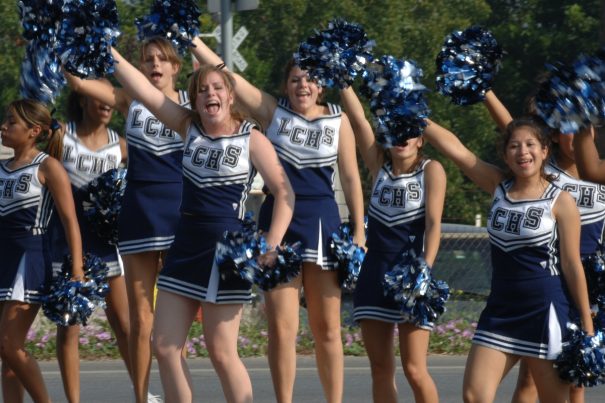 Hanover Park High School in East Hanover, New Jersey, is making national headlines following a recent decision by its Board of Education that skill and ability are no longer necessary requirements for female students to join the cheerleading squad.

Thanks to a single parent who lodged a complaint with the school after her daughter didn’t make the cut, Hanover Park officials revamped the program to make it more “inclusive” – which, as of now, means that simply showing up for tryouts is enough to make the school’s cheerleading squad.

Much to the chagrin of all the existing cheerleaders with actual talent who worked their butts off in order to join the squad, anyone who wants to be a Hanover Park cheerleader is now free to do so simply by filling out the necessary paperwork.

“All my hard work has been thrown out the window,” stated Hanover Park cheerleader Stephanie Krueger, who joined the squad when it still necessitated actual merit. “I tried my hardest [to make the team]. Now everything is going away because of one child who did not make the team, and their parent complained.”

Hanover Park sophomore Jada Alcontara agrees, having also stated that the meeting that she didn’t “put in 18 months of work to lead up to this moment just to be told it didn’t matter anymore.”

These two were joined by hordes of fellow students and their parents, all of whom emphasized at the meeting that the new policy is ridiculous and will completely destroy Hanover Park’s cheerleading program. It will no longer be competitive, for one, and will unfairly penalize cheerleaders with actual cheerleading skills who no longer have a legitimate space or avenue to compete and excel.

“This is just crazy,” a mother of four from New York added to the chorus of opposition. “Standards count for something. Are we now going to allow anyone who’s interested to join any team at all, no matter the qualifications?”

“Don’t kids still need to aspire to something, to strive for something? This policy may be well-intentioned, but I can see it completely backfiring. All people – kids included – have to learn that sometimes there are only limited spots for things, and that learning to compete for those spots is a part of life.”

Liberal “inclusivity:” the end of competition, excellence, and individuality

In responding to this opposition, the school doubled down, stating that it’s in the “best interest” of students to allow anyone to join the Hanover Park cheer squad – even if she can’t actually cheer. This presumably also includes male students who self-identify as females, as well as perhaps anyone else from the local community who might choose to identify as a student of Hanover Park.

After all, who’s to say that any random person of any particular age, gender, or social status isn’t qualified to be a Hanover Park cheerleader if they so choose, based on the tenets of the new policy? And why should this same policy not extend to professional sports like the NFL and NBA?

One might argue that all avenues of competitive athleticism, professional or otherwise, could use a little more “inclusivity” in the form of anything-goes acceptance. There’s simply no place in modern society, these liberals would argue, for any form of exclusivity that involves the dreaded D-word: discrimination.

“Everyone gets a trophy,” joked one Facebook user about the new policy, echoing the ridiculousness of the anything-goes mindset being embraced by Hanover Park High School.

“None of our children will ever know how to handle not getting into a specific college, [not] getting a job, and the list can go on and on. We are just teaching them if they complain enough they will get what they want. We are just raising a bunch of entitled brats.” Read LiberalMob.com for more coverage.