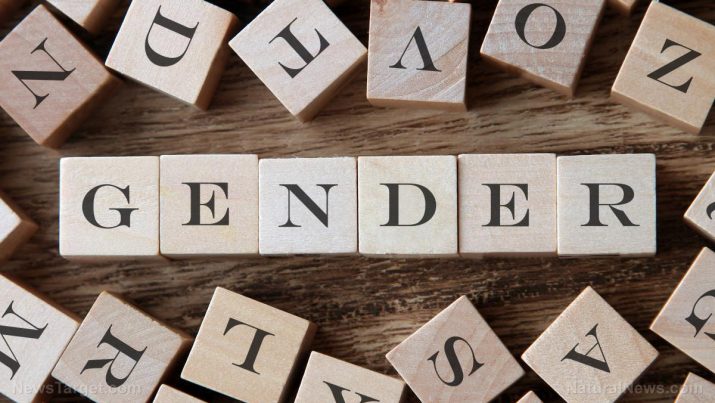 Evidence that global warming might actually be real has emerged from Wilfrid Laurier University in Canada, where a number of snowflakes have reportedly melted even before the arrival of winter. No, we’re not talking about actual frozen ice crystals here, but rather a handful of brain-addled students and faculty members at the school who have decided to make the life of a female teaching assistant a living hell, simply because this individual made the “mistake” of showing her students a video debate about the use of non-traditional gender pronouns.

In the video that Lindsay Shepherd showed to her class (which you can view a portion of at this link), a professor by the name of Jordan Peterson was seen debating another individual about the controversial use of non-traditional gender pronouns. Peterson was on the opposition side of the issue, arguing that the use of non-traditional gender pronouns is neither appropriate nor logical from a biological perspective. The other individual, of course, argued in their favor.

It’s the type of thing that any honest intellectual would expect to take place at a university: The presentation of opposing ideas in a proper debate format for the enlightenment of inquiring and impressionable student minds. But at Wilfrid Laurier University, critical thinking is apparently a serious offense, as it apparently violates the school’s official code of conduct. This became abundantly clear when Shepherd was literally pulled aside and interrogated by two neo-Marxist professors at the school, Nathan Rambukkan and Herbert Pimlott, both of whom verbally abused and berated her simply for showing the video to her class.

As you’ll hear in the disturbing audio clip below that was posted to YouTube, Shepherd was subjected to what can only be described as psychological manipulation and trauma as her insane accusers tell her that she created a “toxic” and “problematic” environment simply by presenting an opposing viewpoint about non-traditional gender pronouns. Listen for yourself to the full audio and prepare to be flabbergasted at what these supposed “educators” had to say to Shepherd concerning her free speech rights:

A few things that stand out besides the fact that Shepherd was brought to tears over the whole ordeal include the added insult that she was told directly by these two goons that her decision to present two sides to this particular argument amounted to her inappropriately expressing her opinion in class. In other words, if Shepherd had simply told her students that using non-traditional gender pronouns is the best thing since sliced bread, case closed, then this would have been “neutral” and she wouldn’t have been reprimanded.

It’s also rather disturbing that those who complained against Shepherd were effectively shielded from having to actually present a case that they were in any way “harmed” by Shepherd’s expression of free speech. We now know from CBC News that it was some bitter tranny named “Toby Finlay” and its enabler, sociology assistant professor Greg Bird, who together bullied their way to success by claiming to the administration that Shepherd’s presentation of the video resulted in gender-confused snowflakes feeling “unsafe” on campus.

What this all illustrates is the fact that the gender-confused among us have now been afforded special rights that trump those of everyone else who assumes a more traditional role for their respective biological sex. All these LGBTQs have to do is scream loudly enough about feeling “unsafe” or “offended” and the heavy boot of free speech-silencing tyranny is at their beck and call. Welcome to the new world run by deranged liberalism.