When Michelle Obama read “Dr. Seuss” to school kids it was okay, but when Melania Trump does, its “racist” 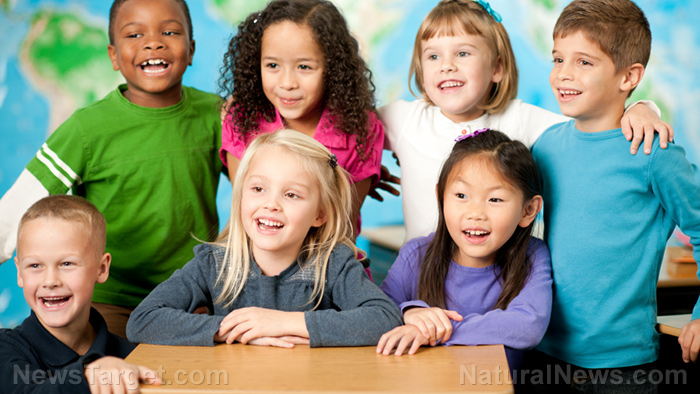 Trump Derangement Syndrome has now spread to the first lady, Melania Trump, as her good deeds continue to go punished rather than unpunished, as was the case for the previous first lady, Michelle Obama.

You may recall that Ms. Trump recently sent 10 Dr. Seuss books to a school in Cambridge, Mass., where the librarian, Liz Phipps Soeiro, who is white, promptly rejected them.

Why? Among other things, she claims the books are racist, and as such have no place in her library.

In an open letter to the first lady, Soeiro thanked Ms. Trump for sending the books but added that “we will not be keeping the titles for our collection.” Explaining, she said that “Cambridge, Massachusetts, is an amazing city with robust social programming, a responsive city government, free all-day kindergarten, and well-paid teachers (relatively speaking — many of us can’t afford to live in the city in which we teach).” She said her students have access to a library that contains more than 9,000 titles as well as their librarian, who has a “graduate degree in library science” (okay, like many of you, I’ve never heard of that specialty, either).

Soeiro went on to extol the many other virtues of her school and library, hitting the socialist talking points hard in emphasizing “our city’s values,” which include the belief “that each and every child deserves the best free education possible,” and so forth.

“So, my school doesn’t have a NEED for these books,” she said, adding: “And then there’s the matter of the books themselves.”

In addition to calling Dr. Seuss “cliche” and a “tired and worn ambassador for children’s literature,” she went on to claim “another fact that many people are unaware of is that Dr. Seuss’s illustrations are steeped in racist propaganda, caricatures, and harmful stereotypes” (emphasis added).

Really, Ms. Soeiro? Because personally, while I’ve read the good ‘doctor’s’ books, I’ve never seen a star-bellied sneech or a Who from Whoville, so I’ve not seen any racism demonstrated by these figments of imagination. Maybe you have in your delusional world.

Rather, this seems far more like it is your personal belief that Dr. Seuss is “racist” and that his drawings and stories and caricatures are “steeped in racist propaganda,” not that it really is.

But if you feel that way, then certainly you were upset when first lady Michelle Obama read a “tired and worn ambassador for children’s literature” material to school children, right? Certainly, you must have felt that the first African-American first lady was only perpetuating racist caricatures and propaganda aimed, no doubt, at members of her ethnic group, right? (Related: “White Privilege” Is A Racist Concept.)

As the U.K. Daily Mail reports, several people have taken to social media to mock Soeiro’s characterization of books like “The Cat in the Hat” and “Green Eggs and Ham” featuring photos of when Obama was reading those books to school kids.

“So when Michelle Obama praises #DrSeuss, we smile & applaud. When Melania Trump does the same, it’s supposed to be racist? I’m so confused,” wrote one person.

“Dr. Seuss ok when Michelle Obama read it to children but now has racist undertones when our First Lady donates books? Unreal,” wrote another.

Another included a picture of Ms. Obama and her two daughters reading Dr. Seuss to black children in South Africa, exclaiming on Twitter, “OUTRAGEOUS! @MichelleObama & her daughters read ‘cat in the hat’ to a bunch of white supremacist [sic] in Johannesburg.”

While Ms. Soeiro should have just politely accepted Ms. Trump’s gift for what it was — a genuinely thoughtful gift and not at all something she had to do instead of turn it into a bogus political issue, the first lady has nevertheless been far more gracious.

“Turning the gesture of sending young school children books into something divisive is unfortunate, but the first lady remains committed to her efforts on behalf of children everywhere,” said Stephanie Grisham, Melania Trump’s spokeswoman. “Mrs. Trump intends to use her platform as first lady to help as many children as she can.”

As to Ms. Soeiro, here’s a hashtag for you: #noclass.