When Will Black Lives Matter, Democrats and Black America Thank Our Ancestors for Giving Their Lives in Civil War to End Slavery? 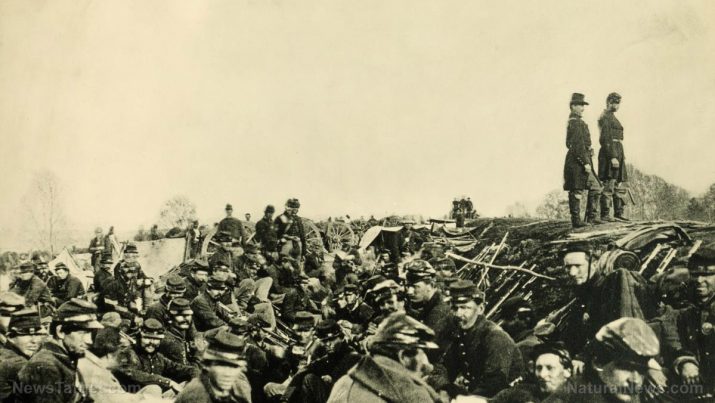 You know what I fear? Based on things I’ve seen, based on things I’ve read, based on things I’ve heard, it seems that a lot of people still believe “hands up, don’t shoot” happened. It seems to me — and I’ve done nothing but immerse myself in this. I have wanted to find even the most obscure comments from the most obscure players. And, folks, it seems to me that there are a lot of people who believe “hands up, don’t shoot,” Ferguson, Missouri, that Michael Brown was an innocent victim running away from a policeman and was shot in the back while having his hands up saying, “Don’t shoot.”

It didn’t happen. It is a false narrative that the media spread and spread, and the protesting agitators spread it. And it has taken on a life of its own that it never had, it was never true, and significantly a lot of people believe it and other things similar to it that didn’t happen or didn’t happen the way they were reported. But yet people believe them. And so it has become impossible for me to view life outside the lens of media. Because that’s apparently how most of life is now seen, even by average, ordinary people who are not, quote, being covered by the media. It’s still everything presented today is through the lens of media, which in itself corrupts.

The American mainstream media is toxic.  The liberal media lies and promotes lies about incidents that never happened.  Black Americans may be victims but not by white America, but rather by liberals, the Democrat party and the mainstream media.

Democrats started the Civil War, fought for slavery, created the KKK, launched the Jim Crow laws and voted against every major civil rights bill.  Don’t count on the media to ever share any of these facts about their Democrat party.  Instead the media spews lies.

In the Civil War many Americans died.  Not all the soldiers in the Civil War were on the side of the Confederacy.  Why is this not shared by our media?  An estimated 620,000 men lost their lives in the war.  The battle of Gettysburg had more casualties than in the Revolutionary War, War of 1812, and Mexican War combined.

Approximately one in four soldiers that went to war never returned home.  At the outset of the war, neither army had mechanisms in place to handle the amount of death that the nation was about to experience.  There were no national cemeteries, no burial details, and no messengers of loss.  The largest human catastrophe in American history, the Civil War forced the young nation to confront death and destruction in a way that has not been equaled before or since.

The Civil War was brutal –

The 26th North Carolina, hailing from seven counties in the western part of the state, suffered 714 casualties out of 800 men during the Battle of Gettysburg.  The 24th Michigan squared off against the 26th North Carolina at Gettysburg and lost 362 out of 496 men.  Nearly the entire student body of Ole Miss–135 out 139–enlisted in Company A of the 11th Mississippi.  Company A, also known as the “University Greys” suffered 100% casualties in Pickett’s Charge.  Eighteen members of the Christian family of Christianburg, Virginia were killed during the war.  It is estimated that one in three Southern households lost at least one family member.

One in thirteen surviving Civil War soldiers returned home missing one or more limbs.  Pre-war jobs on farms or in factories became impossible or nearly so.  This led to a rise in awareness of veterans’ needs as well as increased responsibility and social power for women.  For many, however, there was no solution.  Tens of thousands of families slipped into destitution.

Why are these statistics never shared by the mainstream media?  Good white, Christian, and Republican American Union soldiers gave their lives so that Black Americans suffering in slavery could be freed!

Can’t the great athletes in the NFL at least stand for our ancestors who gave their lives so that all Americans can be free?

Will they ever see that it makes more sense to stand for the soldiers who gave their lives for our freedom rather than to kneel for a young man in Ferguson who attacked a cop after robbing a convenience store and was killed because of his criminal actions?