Nazi Germany and the Third Reich got their start in the racist eugenics policies of the American Left: New book reveals the evidence 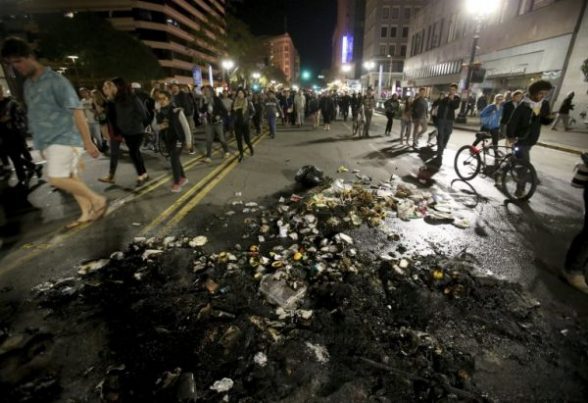 It’s a popular misconception that the rise of the Third Reich in Nazi Germany was a result of “Right-wing” extremism, which is why many of today’s “Leftists” have made it a habit to conflate conservatism with both fascism and racism. But the truth, as laid out by author, speaker and filmmaker Dinesh D’Souza in his new book The Big Lie: Exposing the Nazi Roots of the American Left, contrasts sharply with this modern myth.

Despite what the mainstream media and public education would have us all believe, the reality is that the ideals espoused by the Democratic Party are much more closely aligned to the agenda of Adolph Hitler than anything inherent to the Republican Party platform. From its early beginnings to the modern day, Leftist politics has always been tinged with intimidation, political terror, and even rogue violence leading to anarchy when faced with people who express opposing viewpoints.

While the Republican Party has long been the party that opposed slavery, racism, genocide and other manifestations of authoritarian fascism, the Democratic Party has traditionally championed these evil things as meritorious means to an end – this end being the fruition of Democratic ideals, which are very different to Democratic rhetoric.

“Yes, there is a fascist threat in America—but that threat is from the Left and the Democratic Party,” says D’Souza. “The Democratic left has an ideology virtually identical with fascism and routinely borrows tactics of intimidation and political terror from the Nazi Brownshirts.”

The American Left is the new SS, a modern-day fascist, Nazi cult trying to silence dissent and abolish independent thought

The true nature of the Democratic Party has perhaps never been more obvious than since the election of Donald Trump to the office of the presidency. All throughout Trump’s campaign, the corrupt media, insider politicians, lunatic academics, and many others on the Left – all led by Democratic Party operatives – have falsely accused the president and his supporters of being Nazis. The irony is that the Left’s response to Trump winning the presidency has been nonstop Nazism in various forms, including anarchy and civil unrest, violence, and even sedition.

Practically everything negative that the Democrats claim about Republicans is actually true about themselves, which they tried to cover up all throughout the election by making Donald Trump their scapegoat. Some inconvenient facts about the Democratic Party that many Americans don’t know include the fact that Benito Mussolini and Adolf Hitler both admired the Democratic Party. Both the fascists and National Socialists of that era were strong admirers of the progressive Left, it turns out.

And how many people know that the left’s beloved Planned Parenthood abortion mill served as inspiration for Nazi racial theorists who developed the concept of a superior “master race?” That’s right: the party of “the people” is actually the party of Nazi genocide, if you really take a look at its sordid history.

“… the ‘big lie’ is actually the reverse of the truth: the Republican Party has always been the party of small government, political liberty, and economic freedom,” reads the inside cover of D’Souza’s book.

“In stark contrast, it’s the American Left—both in ideology and tactics—that is rooted in fascism and Nazism; and its thuggery, censorship, and intimidation tactics are part of a deliberate effort to subvert the democratic process just as Hitler and Mussolini did.”

The Big Lie is available for sale at Amazon.com, BarnesAndNoble.com, and BooksAMillion.com. You can also download a free PDF document of Chapter 1 if you’d like to get started reading the book right away.