Watch: Weak metrosexual lispy Leftists attempt to train each other in self-defense skills… and FAIL at every level 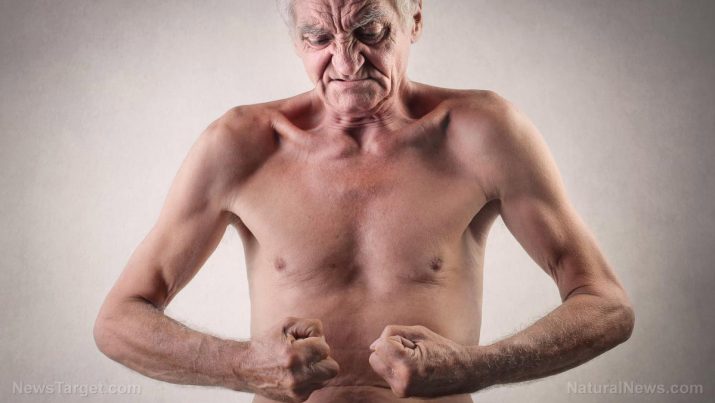 Marxist Leftist supporters of the Democratic Party are training for combat against “fascist” supporters of President Donald J. Trump.

After Left-wing ‘social justice warriors’ admitted in April they got their rear ends handed to them when they ‘battled’ Trump supporters in the streets of Berkeley — in another attempt to shut down free speech (like fascists), many took to Reddit to complain about how overmatched they were, vowing that they lacked weapons, better gear and combat training to deal with such a determined foe.

As noted by SHTFPlan.com, however, what has transpired since should not concern anyone fearful of this group becoming ultimate street fighters. Turns out that an “anti-fascist” organization in Chicago calling itself the “Haymaker Collective” (‘haymaker’ being a term used to describe an overwhelmingly powerful punch) has launched a non-profit self-defense club, which bills itself as an entity where “people, regardless of ability, can learn the skills they need to stay safe in Trump’s America.” Oh, floral hats are not part of the standard uniform, so you’ll have to bring your own.

As Heat Street reported, the group initially set an ambitious goal of raising $50,000 on Indiegogo to purchase boxing gloves, heavy bags, exercise machines and additional gear — but alas, they fell short of the market. By about $44,000.

Nevertheless, as Heat Street noted further, the lack of funds didn’t stop the group from beginning their training.

The workout routine posted online leaves little doubt that, when it comes to battling third-graders, this group is ready. But when it comes to “defending” themselves against determined adults, that’s another story.

“A lot of people think that when you learn how to fight it’s all about being aggressive and learning about how to go start fights with people. That’s not what we’re about at all,” says one member of the Antifa training group.

“We’re really investing into the capacities for our bodies to just be stronger, because at the end of the day stronger people are harder to kill,” said another named Meyer.

And like the tolerant, open-minded ‘anti-‘fascists they claim to be, the group says they are not open to training anyone affiliated with police or those associated with “right-wing” causes (whatever those are).

It’s difficult to assess what is more comical about all of this — the fact that these pasty little Leftists are attempting to become machines of war, or their belief that Trump supporters are the ones responsible for most, if not all, of the political violence we see these days — on college campuses, in our streets, and at pro-Trump rallies and venues — and not themselves. (Related: Recent attack against Republican congressmen make it clear the violent Left is the new domestic terrorism threat: Be aware and be prepared.)

In fact, the very reason this group formed in the first place was based on the fact that their Antifa brethren started to get violent with Trump supporters in Berkeley, and then they got beat down.

Indeed, people should know how to better defend themselves; there are a lot of truly bad elements out there who are legitimate threats to civilized society. But to premise your physical training on the false belief that someone you disagree with politically is a legitimate enemy is just plain dangerous to the very fabric of civilized society — even if said training is a joke.

Antifa “activists” should wake up to the realization that they — not Trump supporters — are the real fascists.