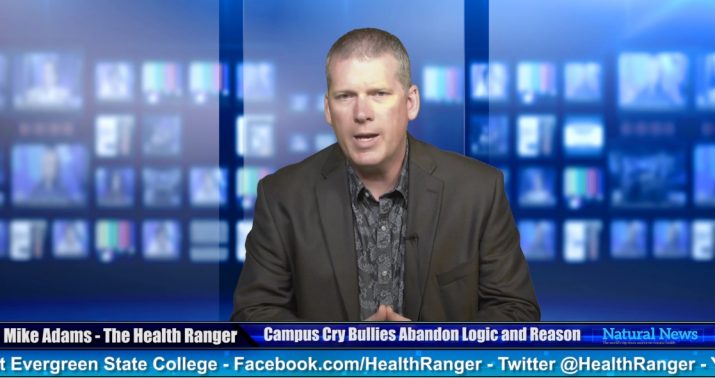 Were you aware that students at Evergreen College in Washington seized campus buildings, threatened white professors, made a “list of demands” to the college president and succeeded in being granted exemptions from all homework as a “reward” for their behavior?

All across America, left-wing colleges are radically transforming into “terrorist training camps” for so-called “social justice warriors.” Far from teaching our youth anything useful about academic subjects, many colleges and universities are nothing but indoctrination centers for left-wing extremism.

Right now across America, various colleges and universities are teaching the following philosophy to students:

In a recent studio video, I took these college crybullies to task, reminding America that it’s time to send in the National Guard to arrest these students and take our country back from the radical, left-wing extremists who have seized our learning centers and turned them into “training camps.”