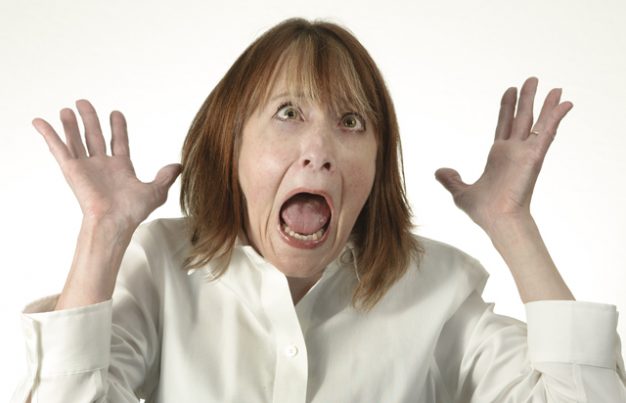 The progressively liberal snowflakes, including their so-called celebrity icons in Devilwood, along with the baby snowflakes in colleges across America, have truly all lost their collective minds, to the point where even other self-proclaimed progressives are starting to look at the horror of the image they’re projecting to the world.

THE FACE OF THE PROGRESSIVE MOVEMENT

Taking a page directly from terrorist propaganda, liberal darling Kathy Griffin posed for a short video looking into the screen and raising her hand which held a mock bloody “Trump” head, in a piece of propaganda hate that rivals the worst examples from ISIS. All she was missing was the black clothing, head covering and mask, but I am sure Antifa would lend her some if she asks.

Not only did Griffin somehow think it was a good idea to participate in such a manner in the photo shoot, but then also thought the resulting image/video was “special” enough to tweet it out with a snarky little comment, shown below. The backlash against Griffin came out fast and furiously, not just from conservatives but from some of the most liberal pundits and personalities across the board, such as CNN’s Anderson Cooper claiming he was “appalled,” calling it “disgusting and “completely inappropriate,” and the obnoxiously crude Keith Olbermann tweeting “Nope. Too much. By a very long distance, way too much.” Even Chelsea Clinton weighed in, calling Griffin’s failed attempt at political humor and ISIS-like hate propaganda “vile,”

The Secret Service said they were “on it” to reports of her beheading video and CNN said they were “evaluating” her participation in their annual New Years Eve coverage.

After the backlash hit a fevered pitch, Griffin then put out a 30 second apology, saying she “sincerely” apologizes, attempting to excuse her bad judgement on being a comic that crossed a line, stating “I’m a comic. I crossed the line. I moved the line, then I crossed it. I went way too far,” but it is at the beginning of the apology video where it becomes clear that she is only apologizing and only understood she crossed a line because she “just saw the reactions,” showing that she is not showing remorse for anything but the fact that her own side, the progressive liberals, were taking her to task. Had they not, she would have been touting her success.

WEAPONIZED BABY SNOWFLAKES ARE OUT OF CONTROL

In the latest example of how baby snowflakes at college campuses across America are being weaponized we spotlight Evergreen College in Washington State, where students demanded all white students and staff leave the campus, then when a professor publicly opposed the idea via email, they completely lost control, and were caught on video after marching through the campus demanding the professors resignation, confront him and screaming “F*ck you,” and calling him a “piece of sh*t,” demanding he apologize for his email.