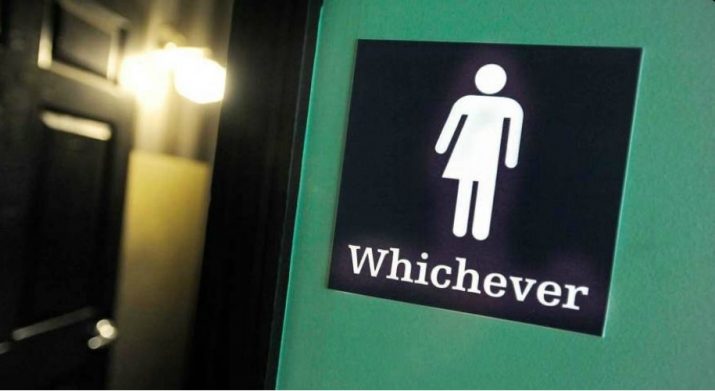 If you understand the kind of Marxist/liberalism practiced by politicians like Barack Obama and most Democrats today, you understand that much of what they propose and implement in terms of public policy is aimed at destroying traditional American culture and values, which they hold in contempt and see as illegitimate.

The more of it they can tear down and replace with Left-wing extremist ideals and practices, the more they are politically empowered.

Hopefully that helps explain why the Left in America wants to mainstream sexual deviancy and muddle gender identity. While the Marxist extremists scored some victories during the Obama years, at some point the biggest pushback they get may just come from Americans who are fed up with the nonsense.

In fact, we’re already beginning to see it in high school and collegiate sports, of all places.

As reported by P.J. Media, a weightlifter in New Zealand just won the women’s over-90 kilogram (over 198 lbs) division at the World Masters Games in Auckland last month; quite an accomplishment indeed.

Only, the “woman” used to be a man and previously competed in the sport as a male. (Related: Read Transgender Female Wrestler Taking Steroids To Become MALE Wins Championship Against Girls… Lawsuits Fly.)

But understand something – this is just the beginning. Before long, “transitioning” adults from one sex to another are going to want to play professional sports like football, baseball and basketball – and when they aren’t given the opportunity, they will take their case to court and probably win.

What’s more, international Olympic level competition, barring rule changes by the Olympics’ governing body, will also soon feature men-to-women and women-to-men athletes. They, too, will “shatter records,” but of course, these won’t really be true record-breaking events because biologically speaking, regardless of what these athletes “identify” as, they will still be men competing in women’s sports and vice-versa.

“Right now, not everyone is paying attention to this growing issue. But you won’t be able to avoid it when women who used to be men start winning medals, taking awards away from people who were born female,” writes Rick Moran at P.J. Media.

“Only a social justice warrior besotted with fervid ideology can’t see the towering unfairness of what happened in New Zealand.”

Moran goes on to point out that what happened in New Zealand was not universally accepted. Some of the other female athletes were not happy.

As reported by Stuff, a New Zealand news site:

Hubbard was congratulated by her competitors after the ceremony.

“She is who she is. That’s the way the politics…and what the New Zealanders have decided. I can’t say much more than that. She is seen as female and that’s the way it is.”

“If I was in that category I wouldn’t feel like I was in an equal situation. I just feel that if it’s not even why are we doing the sport?”

Of course, it’s not an “equal situation.”

What’s interesting about all of this is that it proves the fallacy of the liberal Left’s argument that “we’re all equal.” We’re not all equal; there are distinct mental and physical differences between males and females, generally speaking. You can “transition” all you want, but the fact is, the genetic make-up of men and women – the physiology and science of being human – doesn’t “transition.” (Related: Read Trump Flushes Obama Guidelines On Transgender Bathrooms.)

Oddly, a nation that was founded upon the principle of equality for all – has never really been equal for all. At our founding, blacks and minorities were put upon and discriminated against; today, thanks to cultural and societal constructs enacted and erected by the Left, women, minorities, the handicapped, veterans and other groups are now singled out as being favored – for jobs, for academic opportunities, for government benefits, etc.

So really, when you think about how this gerrymandering with gender is playing out, the Left is continuing to make sure that nothing is ever equal, all why squawking about the need for equality. Only, in some cases, asking us to disregard what we know to be right and true has backfired recently – a good thing for sanity.

Read Gender.news for more coverage of the transgender issue.