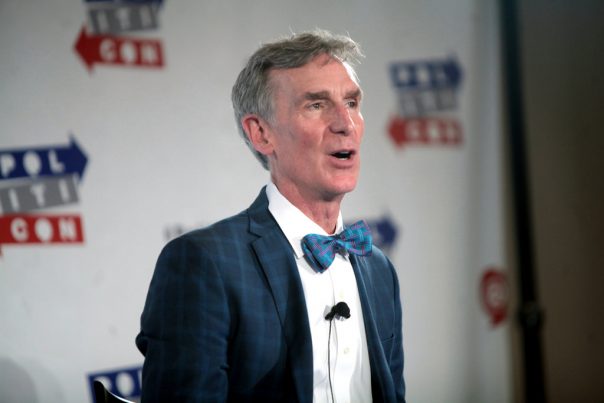 Over the weekend, questions arose as to whether the organizers of the “Science March,” an anti-Trump movement dominated by leftists, cared more about politics than they did about legitimate science.

In his new Netflix show, which includes a celebration of the most deeply unscientific, feminist-inspired theories of gender, Bill Nye, the most prominent face of the Science March, has given us an answer.

The show’s very first episode opens with environmentalism and climate change, two topics of relentless focus for Nye. They involve politics as much as they involve science – and the very title of his new show, Bill Nye Saves The World suggests that Nye plans to spend as much time lecturing as he does explaining. One wonders if Nye holds airborne writing sessions for the show in a carbon-spewing jet, the same way he celebrated earth day with Obama.

Sure enough, just over 5 minutes into the first episode, viewers are treated to an explanation of how climate change will kill the pandas.

But it’s episode nine of Bill Nye the Science Guy’s where the former kid’s TV hero really crosses the line from science to political quackery. This is the episode where Bill Nye jumps off the deep end into the leftist view on gender, an empirically bankrupt position only defended by postmodernists and social theorists. (In other words, college educators and their dogmatic student followers).

The episode can best be summed up by the closing segment of the show, which features an internet meme singing a song about her vagina. It includes the following lyric:

The segment became an instant source of mockery on social media.