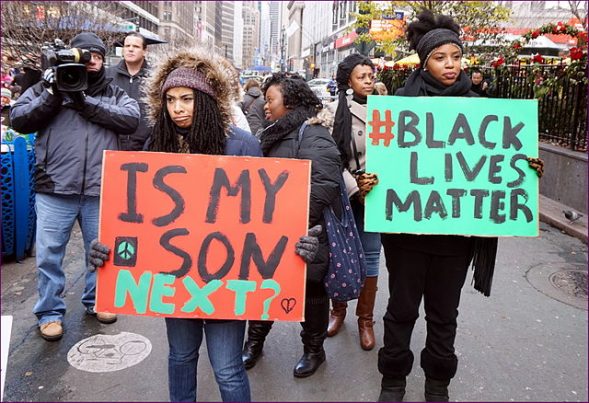 Since its inception in 2013, Black Lives Matter has been shrouded in controversy. What began as a “peaceful” movement to protest police brutality has spiraled into a violent group responsible for dozens of destructive riots. Some have even called into question if BLM should be labeled as a Hate Group, similar to the Ku Klux Klan. A recent video made by a former BLM member is shedding light on just how vicious the nature of the group has become.

Trey Turner says he was initially invited to join BLM by a friend after the shooting of Jamar Clark in Minneapolis, MN in 2015, and was present during the 4th Precinct Shutdown because he wanted accountability from the Police. He admits to having reservations about joining at first based on the violence that erupted during the Ferguson and Baltimore riots. The friend assured Turner that the movement was peaceful and that members and organizers by no means hated white people. The 4th Precinct protest continued without incident, so his perception of the group changed enough for him to join in the protest for Philando Castile in 2016.

The idea was to protest at the Governor’s Mansion, and it was during this demonstration that Turner began to see cracks in the veneer of the movement. Turner, a self-proclaimed Trump supporter, said the group was made up mostly of “Anti-Trumpers,” Bernie Sanders voters, homeless people, and white people whom the group referred to as “white-allies.” Black activists were told if they needed to travel anywhere such as to the restroom they were to take a white-ally with them because “their privilege would protect you from being assaulted” by police. Turner said there were people from Communist Parties that handed out communist propaganda literature. There were Muslims that attempted to convert people to Islam by proclaiming that Christianity was a creation of the evil white man to promote hatred towards blacks.

While much of the protesting seemed like one big party, Turner quickly realized that tone of the message was growing increasingly threatening and sinister. “I had a debate with one of the lead organizers of the Black Lives Matter movement in St. Paul,” Turner said. “His name was Brian Allen, and during this debate with him, I was called a racist, and I was called an Uncle Tom because I said that blacks need to address the killing of each other just like they need to address the killings by police.” Turner also claims he heard Allen say that they planned on burning down the Governor’s Mansion as well as other houses on Summit Avenue if the police officer that shot Castile was not charged. (RELATED: Get all the news the media is trying to hide from you at Censored.news)

Another organizer, Curtis Avent, suggested that the group burn down city hall, the capital building, and the police station. According to Turner, the organizers believed the public buildings represented “white privilege” and therefore should be burned down. Turner believes this is one of many intimidation tactics used by the group to strong-arm officials to get the results that they want.

BLM also took great precautions with the media, only allowing known race-baiter CNN, and proclaiming all other mainstream media as “white media” that would only show the protesters being violent. Turner said their apparent motive to keep the media out was so the actual nature of their actions were not exposed.

In the end, Turner said he was kicked out of the BLM for having opposing views. He is overall happy to be done with them and felt compelled to come forward about this experience, so the group’s true motives are exposed.